1.      The Free Enterprise System, not Government, is the most productive supplier of human needs. 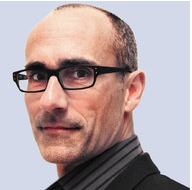 Arthur C. Brooks became a contributing opinion writer for The New York Times in March of 2014. He is president of the American Enterprise Institute, a public policy organization in Washington. Until 2009, he was a professor of business and government at Syracuse University, where he taught economics and social entrepreneurship. He is the author of 10 books, including the New York Times best seller “The Road to Freedom: How to Win the Fight for Free Enterprise” (2012), “The Battle” (2010), “Gross National Happiness” (2008), “Who Really Cares” (2006) and the textbook “Social Entrepreneurship” (2008). Before pursuing his work in public policy, Mr. Brooks worked for 12 years as a classical French horn player, in the United States and Spain. He holds degrees in economics from Thomas Edison State College and Florida Atlantic University and a Ph.D. in public policy from the Rand Graduate School.
Powered by